For our next K-Laser success story- we had a poor dog that had been recently attacked by another dog. It was purely impressive how this dog was a trooper through the entire process!

She presented with very large wounds on her back and shoulder just behind her neck. So much so that the skin could be dramatically pulled away from the muscle underneath. She was anesthetized so the area could be shaved and cleaned- then debrided and closed with a drain in it. We warned the owners due to the immense size and “undermining” of the wound that there was a good chance some of the skin may devitalize and lose its blood supply and ultimately slough off. Sure enough it did.

She presented on March 12 and the last photo was on April 17. We did a total of 12 lasers over that 4 week period. 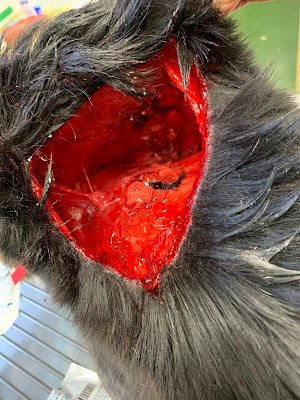 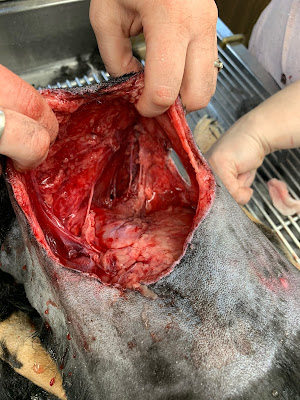 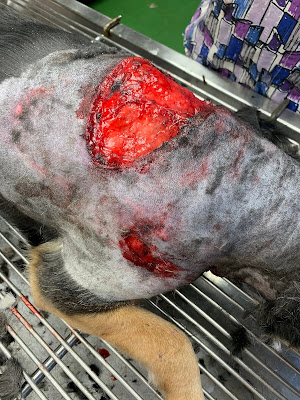 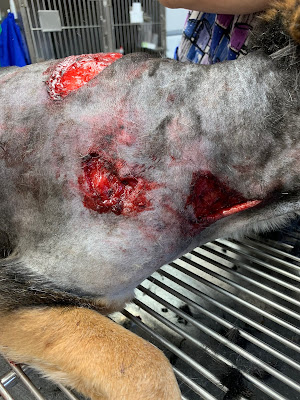 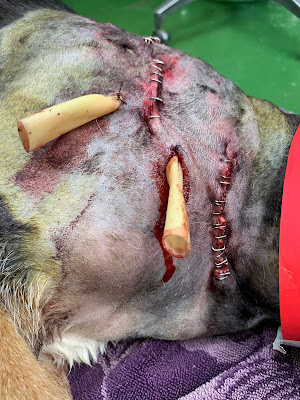 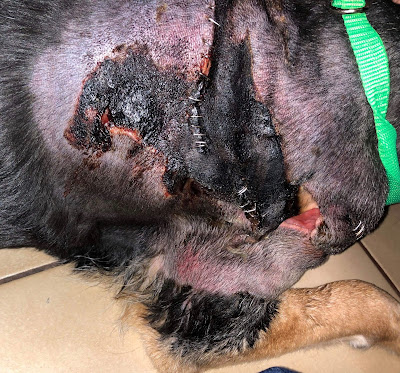 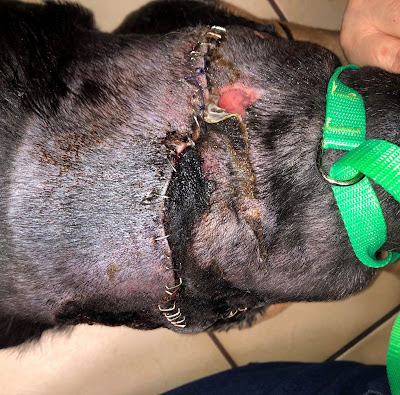 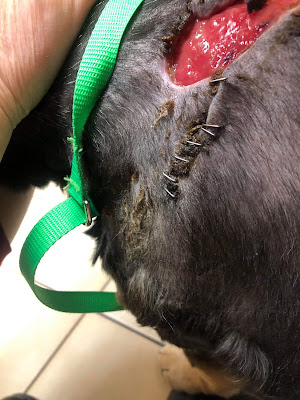 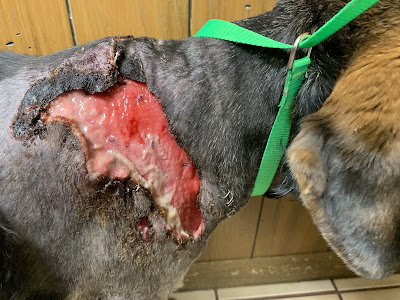 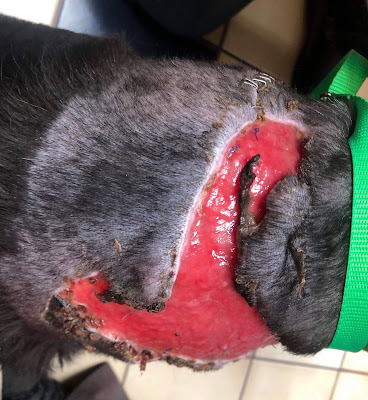 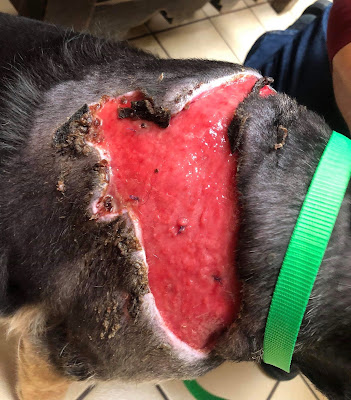 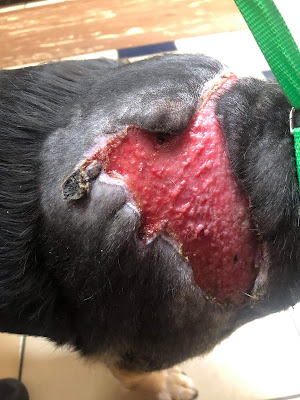 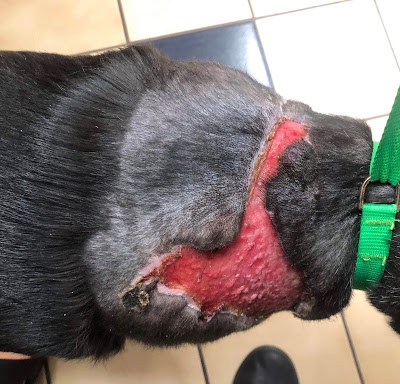 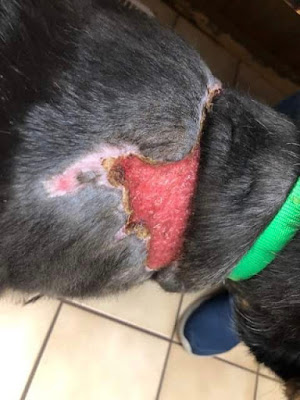 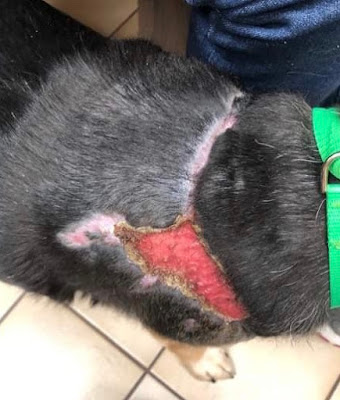 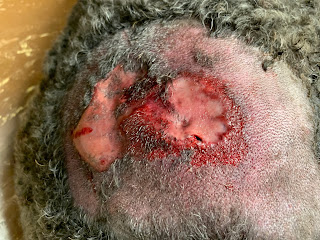